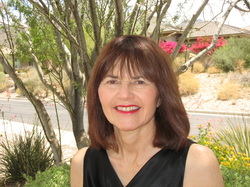 Diana comes from a family of storytellers. Parents, aunts, uncles. All giving her their take on growing up in New York City at the onset of the twentieth century. As a child, she was inspired by her family's oral recounts of history, seen through the mosaic of their experiences. While growing up, she tried it out for herself, entertaining friends and classmates with tales of her own.

A few hops across the U.S. later on brought Diana to Arizona, where she earned two master's degrees, one in special education and a second in counseling. She taught  children with special needs for much of her adult life. Now retired, Diana has reactivated that part of her storytelling heritage writing contemporary and science fiction and sharing her work with a local group of professional writers.

She lives in the suburban desert with her husband, an occasional coyote and a covey of backyard quail.